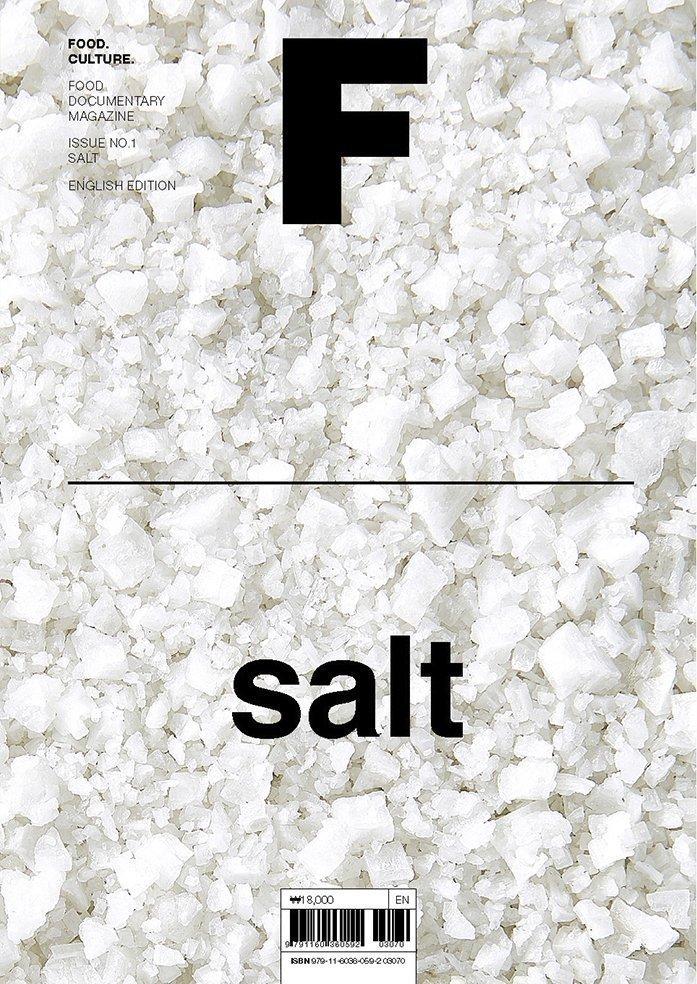 This first issue of Magazine F takes the reader on a journey to understand the history, and tradition of salt. From salt production on a Danish island, salt cured jamon in Spain, to making tsukemono in the kitchens of japan. Exploring the relationship humans have had with salt over the centuries.

Salt production and distribution on the small Danish island of Læsø

An experiment to see how salt changes meat

Popular salt-themed restaurants and dessert shops all over the world

Salt as an innovative business, as told by Ben Jacobson, owner of Portland- based Jacobson Salt Co.

Examples of industrial uses for salt

Cooking books and videos recommended by salt makers and chefs

Salt is an essential ingredient, a compound of sodium and chlorine, has had a wide impact on society, culture, economy, and of course, people’s lifestyle. The first city ever built by Homo Sapiens was located close to the Dead Sea where high-saline water yielded salt easily. In the ancient times, people waged war against each other for salt. It also contributed to the development of traditional foods, such as jamón, tsukemono, and kimchi, used as the catalyst to preserve them for a long time. For thousands of years, salt has played a critical role in all kitchens around the world to enhance the favor, and it now stands as a symbol in itself on people’s table.